Attention all friends and accomplices! Let’s bring Washington, DC to a grinding halt on June 19th—Juneteenth, the annual celebration of the end of slavery in the United States. We are calling for disruptive actions aimed at shutting down the city: Strikes, sick-outs, blockades, occupations, and spontaneous marches: [email protected]

We Strike For Black Lives June 19th In Washington, DC

We’ve watched a wave of grieving and rebellion take hold of the nation, and we say it’s about time. We seek justice for Terrence Sterling, Jeffery Price, D’Quann Young, Marquees Alston, Miriam Carey, and Ralphael Briscoe, as well as the many hundreds of Black people who have been killed by MPD, ICE, or other white men with badges and guns.

June 19th, We Can Put An End To White Supremacy Once And For All

Breonna Taylor, a Black emergency medical technician, was killed when the police raided her apartment in Louisville, Ky. Her status as a front-line medical worker did not protect her—just as Amazon does not protect their warehouse workers from COVID-19.

Police arrested thousands during the pandemic, potentially exposing them to COVID-19 while activists risked their lives to make sure people had enough resources to stay home. Police have access to military grade weapons while doctors still use garbage bags as personal shielding against Covid-19.

We have to put an end to capitalism, white supremacy, and the belief that any person’s life or labor is expendable.

We Shut Things Down On June 19th.

1. Organize a protest on June 19th, email us at [email protected]

Have your crew, friends, or family organize a demo during the day. Send us a Facebook event and graphic and we will help you get people there.

In the early morning, we ask you to organize with your friends to shut down the basic elements of the city. Join a protest, organize direct action, sick out of work, and skip class. Shut down high traffic intersections, block highway onramps, and police stations.

From 5 pm onwards, we will converge from our neighborhoods into downtown. Note: we are only promoting actions that center the demands of BLM DC.

2. If you own a business pay your workers, put up a Black Lives Matter poster, shut down from 9am – 7pm and let us know. We need everyone to show their solidarity and be in the streets that day.

3. If you’re unable to protest, bring people water, support your friends in the streets that day, support anyone at the jails, and donate to the movement.

If you’re outside of DC:

If you’re outside the United States:

Organize a demonstration at the embassy, military base, or consulate.

Crew For A Traders Joe’s Union

Prioritize the physical, emotional, and mental safety of other people. Please respect the choices of others. Some may not be comfortable with taking to the streets because of past trauma, disability, belonging to a high-risk demographic for police brutality or loss of financial benefits that may be revoked if arrested.

Understand that some members of our community have more to lose than others, including those who face intersections of race, gender, class, disability, neurodiversity, as well as sexuality.

Do not police each other’s behavior. Do not attempt to coerce people into adopting your preferred tactics. Radical love is respecting a diversity of tactics and personal choice. We celebrate other people’s autonomy and choice.

We strike for abolition.

Our mission is abolition. We envision a better world without the police, where we can exist outside the manipulations of this colonial capitalist system. Our demands, our goals, aspirations, visions, and revolutionary journeys will not be co-opted by politicians and corporations who don’t respect the voices of Black, brown, and indigenous people.

We hold ourselves accountable to our demand for “no more cop zones” in our communities and any occupied land. Taking the steps to abolish the police will help create a world without racist institutions. We want to be clear: Reforming the police is not an option or a viable alternative. We are looking to live outside the guiding hands of racist, white supremacist systems. This includes ICE, policing systems, the military, and the prison industrial complex. We strive to abolish, uproot, and defund the police. Anyone who delineates outside of this coalition formation will be held accountable. Because there’s one mission: abolition.

4. Invest in violence interruption and prevention, mental health in schools, and public housing

6. Cops out of school 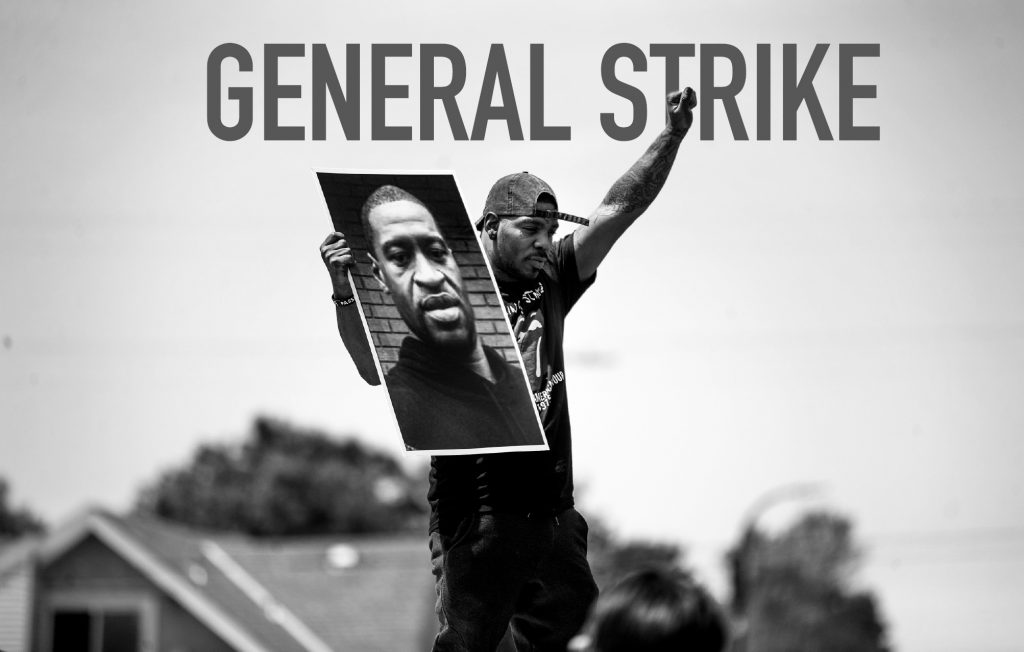 Washington, DC — Black Lives Matter DC and other abolitionists call for a mass show of solidarity to defund, disband, and replace the police with community care. Strike For Black Lives promises to bring Washington, DC to a grinding halt on June 19th. Also known as Juneteenth, the annual celebration of the end of slavery in the United States.